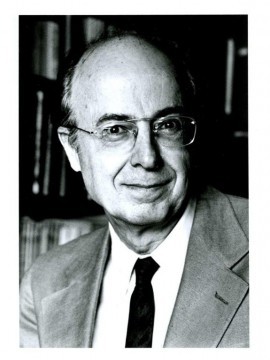 The Edward Allworth Lifetime Service to the Profession Award recognizes extraordinary lifetime achievement in the field of Central Eurasian Studies, and is accompanied by a $1,000 monetary prize. The award is granted every year beginning in 2018, having previously been awarded once every two years. It is awarded during the CESS Annual Conference.

However, owing to the Covid-19 related postponement of the CESS 2020 Annual Conference, this Award will also be postponed and will next be offered in 2021 (subject to the Annual Conference being organized in that year).

With the generous support of the Harriman Institute, Columbia University, the award was renamed (from the CESS Lifetime Service to the Field Award) in honor of Professor Edward Allworth in 2018 and the monetary prize increased from $500 to $1,000.

Edward Allworth was the first recipient of the CESS Lifetime Service to the Field, awarded posthumously in 2016. Edward Allworth, a distinguished pioneer in Central Asian Studies, was founding director of both the Program on Soviet Nationality Problems (1970) and the Center for Central Asian Studies (1984) at the Harriman Institute. Beyond an impressive body of research and scholarly accomplishments, Professor Allworth was widely known for his infectious enthusiasm for Central Asian studies and his dedication to students. An obituary of Professor Allworth by the Harriman Institute can be found here.

How to make a nomination

Nominations for the 2021 Edward Allworth Lifetime Service to the Profession Award will open in spring/summer 2021. Please check this webpage again then for nomination details.

An interdisciplinary panel of scholars of Central Eurasia will consider the nominations. Nominations must be made by a CESS member on behalf of the nominee.

The nomination should include:

A single email containing the full nomination package (please combine into one pdf if possible) should be sent to the Chair of the committee by the deadline. Please use the subject title ‘Nomination for Edward Allworth Lifetime Services to the Profession Award’.

Pages in this section