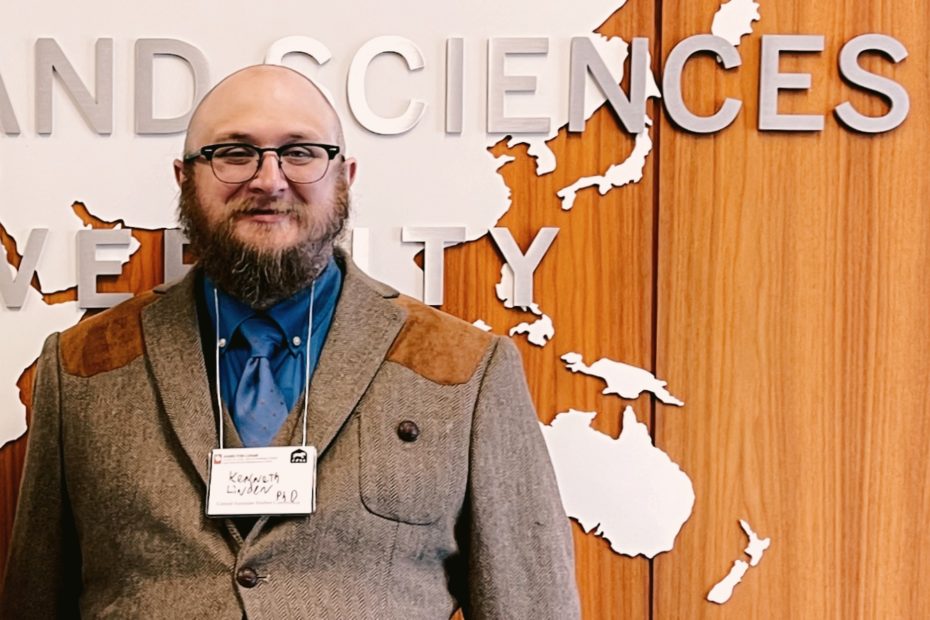 Dr. Kenneth Linden presented D. Namdag’s “Howl of the Old Wolf” and Wolves as Metaphor in Socialist Mongolia at CESS 2022. The novel was banned during the socialist era because the author used a wolf as a metaphor for his persecution.

His interest in the country and culture grew more each day.  It even turned into fieldwork in Mongolia. Kenneth received his Ph.D. in Central Eurasian Studies from Indiana University (IU), minoring in History. His dissertation topic was Milk is Gold: an Environmental and Animal History of Livestock Herding in Socialist Mongolia.

While studying at IU, Kenneth visited Mongolia and learned about the importance of livestock. For some Mongolian families, livestock is the source of income. Due to natural disasters, some Mongolian herders preferred collective livestock over private ownership.

Natural disasters and wolves make it challenging to earn a living. In 2010, eight million livestock died due to harsh winter turning many Mongolians into low-income communities.

The most challenging/surprising part of his research trip was experiencing winter in the capital of Mongolia, Ulaanbaatar, describing it as cold, smoky, and heavily polluted.

Kenneth hopes that readers of his work learn how Mongolians dealt with livestock before and now. He wants to chase down all the historical details on socialism, livestock, wolf hunting, and natural disasters in Mongolia and bring a different perspective to the world from other authors who write about the same topic. His following research will be on livestock management during winter disasters.

Kenneth enjoys teaching college students about Mongolia because he would like to expose them to new things and places that students might not be familiar with, just as he was exposed to this country through a video game.

He feels lucky to have a cat and family who is supportive and caring of his academic interests and journey. One of his favorite things about his field trip to Mongolia was how friendly the people were.