Author Interview: Negotiating Inseparability in China: The Xinjiang Class and the Dynamics of Uyghur Identity, by Tim Grose 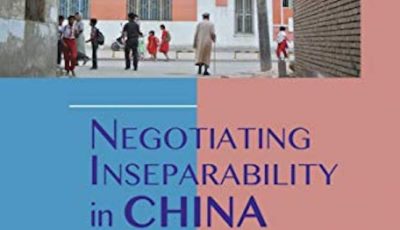 A new post is available at The CESS blog. Mirshad Ghalip (Indiana University) interviews Tim Grose (Rose Hulman Institute of Technology) about his book Negotiating Inseparability in China: The Xinjiang Class and the Dynamics of Uyghur Identity, published in 2019 by Hong Kong University Press.

“This is the first book-length study of graduates from the Xinjiang Class, a program that funds senior high school–aged students from Xinjiang, mostly ethnic Uyghur, to attend a four-year course in predominately Han-populated cities in eastern and coastal China. Based on longitudinal field research, Negotiating Inseparability in China: The Xinjiang Class and the Dynamics of Uyghur Identity offers a detailed picture of the multilayered identities of contemporary Uyghur youth and an assessment of the effectiveness of this program in meeting its political goals. The experiences of Xinjiang Class graduates reveal how young, educated Uyghurs strategically and selectively embrace elements of the corporate Chinese Zhonghua minzu identity in order to stretch the boundaries of a non state-defined Uyghur identity. Timothy Grose also argues that the impositions of Chinese Mandarin and secular Chinese Communist Party (CCP) values over ethnic minority languages and religion, and physically displacing young Uyghurs from their neighborhood and cultural environment do not lead to ethnic assimilation, as the CCP apparently expects. Despite pressure from state authorities to urge Xinjiang Class graduates to return after their formal education, the majority of the graduates choose to remain in inner China or to use their Xinjiang Class education as a springboard to seek global citizenship based upon membership in a transnational Islamic community. For those who return to Xinjiang, contrary to the political goal of the program, few intend to serve the CCP, their country, or even their hometown. Instead, their homecomings are marred by disappointment, frustration, and discontent” (Hong Kong University Press website).