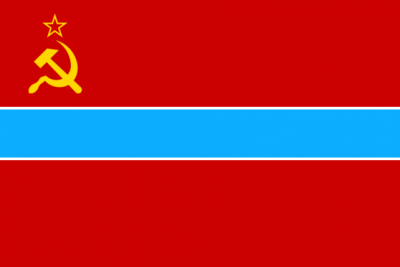 A new post is live at The CESS Blog, by Riccardo Mario Cucciolla of National Research University’s Higher School of Economics, The Cotton Republic: Colonial Practices in Soviet Uzbekistan? :

The history of modern Uzbekistan is inexorably linked with Russian colonialism and the evolution of the Soviet system. This Central Asian territory was the last frontier of Russian imperialism before becoming the Soviet periphery par excellence. In the 1860s, the Russian Empire expanded towards Transoxiana in order to compete with British influence in the region, create a captive market for Russian manufactures, develop trade, and secure a source of cotton. Indeed, since the imperial era, this latter element, one characteristic of the history of modern industry, has been the pivot on which center-periphery relations were based in political, economic, military, and social terms, defining the colonial ties between Moscow and Tashkent. This was a relationship that, in different forms, would last until 1991.

The use of the ‘colonial’ label is ambiguous when related to a system that was ideologically founded on the values of internationalism and anti-imperialism and was employing its ‘colonies’ to promote decolonization abroad and the compatibility between socialism and Muslim societies.[ This attitude clearly emerged at the Congress of the Peoples of the East held in Baku in 1920 and in the postwar era, when Tashkent – the city of ‘Friendship of Peoples’ – was promoted as a progressivist symbol of Soviet modernity for the emerging Third World. Nonetheless, despite numerous doubts that emerged in the definition of a Soviet colonialism tout court, evident features and dynamics typical of colonial systems are identifiable even in Soviet Central Asia, where Moscow’s authority was enforced over peoples and territories, and fundamental decisions, with at times tragic results, were taken from and in the interests of the center.

The Russian – and later Soviet – Empire has often been associated with internal colonialism – a concept that refers to Russia as a self-colonizing political entity (Etkind, 2011; Morozov, 2015). However, the use of this category can be misleading when considering the territorial size of the Russian multiethnic state, the differences between its regions in terms of demography, culture, and geography, and inequalities between areas within a nation-state that segregate the periphery. Besides the territorial continuity between the center and the periphery of the land-based Russian Empire, the differences between St Petersburg and Tashkent can remind one of those between London and Calcutta. Therefore, other categories better suit the case of Russian Turkestan, where phenomena of ‘settler colonialism’ are detectable, with the center favoring the large-scale immigration of Russian – and Slav – settlers to replace the indigenous population in many posts in the party and state apparatus, the cities, and the industries while marginalizing local peoples in rural areas (Houbert, 1997; Morrison, 2016). This trend favored the Russification, annihilation, or incorporation of local identities, and generally the enforcement of exogenous domination. These influxes would be effective until the 1930s during Stalin’s revolution from above, the mass evacuations in 1941-43, the Virgin Lands Campaign in Kazakhstan, and the reconstruction of Tashkent in the late 1960s (Cameron, 2018; Dooley, 2009; Ferrara and Pianciola, 2012; Manley, 2009; Pianciola, 2009; Stronski, 2010). To a great extent, Soviet Uzbekistan was also a context of ‘surrogate colonialism’, inasmuch as during the imperial period the center enforced the settlement of other non-native minorities (such as Ukrainians, Poles, and Armenians), promoted the settlement of “friendship brigades” during the post-earthquake reconstruction of Tashkent, and deported ‘punished’ peoples – such as Chechens, Crimean Tatars, and Koreans (Jolluck, 2002; Scarborough, 2017) – into Central Asia during wartime. Indeed, the war was not just a period of the symbolic inclusion of the Uzbeks into the front against the common fascist enemy, but also a dramatic episode of demographic reshuffle that created greater divergences between the local and alien, the traditional and modern, and the rural and urban populations.

continue reading at The CESS Blog﻿