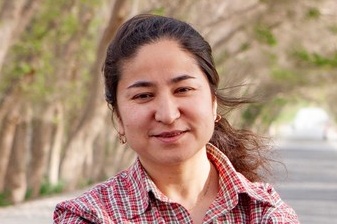 On behalf of the members of the Central Eurasian Studies society, we write to express our strong concern over the disappearance of our academic colleague Rahile Dawut. In November 2017 she suddenly vanished, and the CESS, based on evidence supplied by her colleagues and in the press, believes that she has been detained and is currently likely being held in one of the ‘political re-education centers’ set up by the Chinese government in the northwestern autonomous region of Xinjiang.[i]

Rahile Dawut is a well-known and respected professor and scholar, a long-standing researcher of Uyghur culture and folklore, a prolific author and global project leader, and active mentor and colleague who has collaborated with many of our peers in the region.  Her own ethnography and recordings stand by themselves as an archive of Uyghur cultural heritage, and she has done immense work to bring these traditions to a global stage in a series of national and international projects.[ii]

The academic community of CESS represents an interdisciplinary and international group of scholars committed to the free and open dissemination of knowledge in and about Central Eurasia.  We were dismayed to learn of her disappearance, and consider that the Chinese government is ultimately responsible for her safety.  We also know well that hundreds of thousands of Uyghurs (both public figures as well as private citizens) are being held in China’s ‘re-education centers’ in Xinjiang.[iii] Such detention constitutes a major violation of human rights and freedoms, and in the case of our academic colleagues, also a clear and obvious disregard for academic freedom, a trend which is unfortunately increasing in many parts of the world today.  The academic community of CESS condemns these detentions and wishes for the safe return of our colleague.

UPDATE: Dawut’s daughter has created a video testimony as part of the Uyghur Pulse Project which can be found here: https://www.youtube.com/watch?v=LlyAnTE4q58&feature=share&fbclid=IwAR1-M_NoIfoRgU1WWen0QRP7pgJ93u5FfLfYWYslHmdntVLGGfsKYE8eGAs

This statement has been co-signed by the Association for Slavic, East European, and Eurasian Studies (ASEEES).

[i] To raise attention and awareness, CESS has recently published a blog on the issues which contains links to further sources of news and scholarship, that may be found here.

UPDATE:  Scholars at Risk has published a call to action which can be found here: https://www.scholarsatrisk.org/actions/rahile-dawut-china/

[ii] We thank Rachel Harris for her help in the preparation of this statement.

[iii] For a recent report on these camps with contributions from CESS members see, for example, What Really Happens in China’s ‘Re-education’ Camps by Rian Thum or China is Treating Islam Like a Mental Illness by Sigal Samuel.