Safer and Fairer: The Value of Cooperative Approaches to Fieldwork 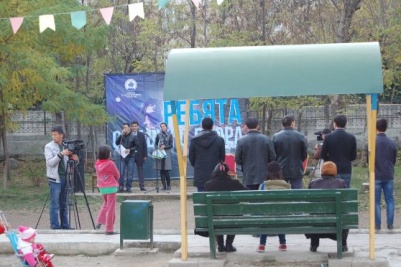 A new post is live at The CESS Blog, by Philipp Lottholz of the University of Marburg, Safer and Fairer: The Value of Cooperative Approaches to Fieldwork :

Recent pieces on reflexivity and the role of emotions during fieldwork on this platform have made it abundantly clear that fieldwork in foreign countries can be very challenging and brings up multiple questions and dilemmas that researchers need to navitage. A recent contribution by Mohira Suyarkulova on the Central Asian context has extended the critical view on fieldwork by pointing out that, in order to counter extractive forms of knowledge production that serve to orientalise the region, fieldwork should be an engagement on an equal footing with subjects. Embracing such an approach, argued Suyarkulova, can help to inverse the usual hierarchies of academic research and make it an endeavour of emancipation and liberation.

But how can researchers go about such cooperative and possibly dialogical knowledge production, while also avoiding the biases and disadvantages that they can incur? This piece presents the argument made in a co-authored article on the role of cooperation, networks and framing in fieldwork, which was recently reprinted in the edited collection Critical Approaches to Security in Central Asia (Routledge, edited by Edward Lemon). It spells out three arguments on the preconditions of cooperation during fieldwork, the role of networks and the necessity to manage the framing and communication of one’s research.

continue reading at The CESS Blog﻿