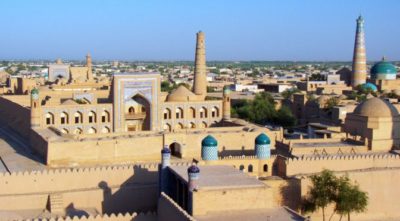 A new post is live at The CESS blog. In this third installation of our series featuring those books shortlisted by CESS for this year’s prize, Sergey Salushchev (University of California, Santa Barbara) who interviews Jeff Eden (St. Mary’s College of Maryland) about his book Slavery and Empire in Central Asia.

From the Cambridge University Press website: “The Central Asian slave trade swept hundreds of thousands of Iranians, Russians, and others into slavery during the eighteenth–nineteenth centuries. Drawing on eyewitness accounts, autobiographies, and newly-uncovered interviews with slaves, this book offers an unprecedented window into slaves’ lives and a penetrating examination of human trafficking. Slavery strained Central Asia’s relations with Russia, England, and Iran, and would serve as a major justification for the Russian conquest of this region in the 1860s–70s. Challenging the consensus that the Russian Empire abolished slavery with these conquests, Eden uses these documents to reveal that it was the slaves themselves who brought about their own emancipation by fomenting the largest slave uprising in the region’s history.”