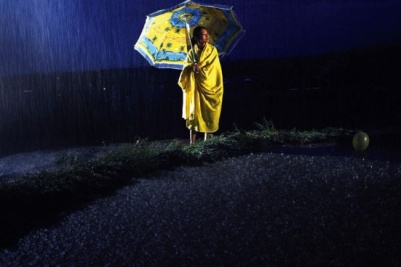 A recent interview with Rico Isaacs, author of Film and Identity in Kazakhstan: Soviet and Post-Soviet Culture in Central Asia (Bloomsbury 2018), has been published at The CESS Blog. Moldiyar Yergebekov (Suleyman Demirel University) discusses with the author the Kazakh New Wave, national projects in cinema, and gender representation in film:

[MY] : I want to start with the title of your book. Your book is about film and identity in Kazakhstan. And in the sub-title, you mentioned that it is about Soviet and post-Soviet culture in Central Asia. I think you’re talking about film culture here. How do you describe film or cinema culture?

[RI] : Yes, the book is about film, rather than arts and culture more broadly. But there are two caveats to this. Firstly, rather revealingly, the sub-title of the book was chosen by the publisher, and as we know of publishers preferred methods, they were interested in having a title which captures the broadest market as possible. Hence, culture was drawn in a broader sense, rather than specifically to film. Secondly, despite just the focus on film, the key findings of the book relate to other spheres of culture. There are two broad arguments in the book. The first is that there are multiple imaginations of what constitutes the Kazakh national imaginary beyond the much laboured ‘ethnic’ and ‘civic’ categories. Using cinema as an analytical lens, at least in this case, allows us to interpret a wider range of constructions of Kazakh nationhood and identity – and to understand that there are countless ways in which nations can be socially constructed. Nevertheless, what’s important here, is that some imaginations of nations have more power than others.  Arts and culture more broadly defined can also be used in this same way to reveal the different constructions of nationhood and identity. The second key finding of the work is that cinema is a site which has allowed the emergence of varying levels of public dissent, satire and criticism of the regime. Again, we can observe this in other artistic forms too. It’s important to recognize that even in so-called authoritarian regimes, art remains a crucial site for the voicing of alternative perspectives, ideas and ways of ordering the social and cultural word, beyond those mandated by the regime.

The full interview can be found at The CESS Blog.