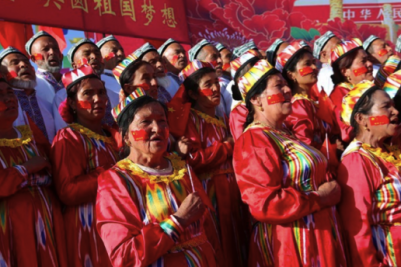 A urgent new post is up at The CESS Blog by Rachel Harris of the SOAS University of London, Securitisation and Mass Detentions in Xinjiang:

The Xinjiang Uyghur Autonomous Region in China is home to some 12 million indigenous Turkic speaking Muslims, primarily Uyghurs but also smaller numbers of Kazakhs and others. It is now one of the most heavily policed areas in the world. Inhabitants are controlled and monitored to an extraordinary degree and detained in extraordinary numbers. These extreme policies are justified by the claim that China is fighting Islamic radicalisation and extremism.

Throughout the 1990s China pursued a series of “strike hard” campaigns against what it then called Uyghur “separatism”. “Separatist incidents” at this time took in a wide range of activities from instances of local unrest to attempts to promote Uyghur autonomy, or even promote Uyghur cultural identity. Soon after the September 11 attacks on the United States, China began to explain incidences of unrest or random violence in Xinjiang, which previously were termed “separatism,” as premeditated terrorist attacks spurred by religious extremism. To what degree can these government claims be justified?