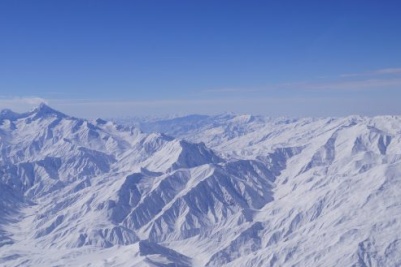 A new post is up at The CESS Blog by Malika Bahovadinova of the Oriental Institute at the Academy of Sciences of the Czech Republic, Representing the Social Costs of Migration: Abandoned Wives or Nonchalant Women:

In the spring of 2013 a private workshop was organized by a major international donor for its Tajikistani state and NGO partner organizations in Dushanbe. The event was part of the reporting process related to a large labour migration program being implemented by three large international development agencies. I attended this event as a part of fieldwork on the bureaucracy of migration management I conducted between 2012-2014.

At the workshop, each of the three organizations shared the results from their portions of the program from the last two years. In many ways, this event was similar to other conferences organized by international agencies in Tajikistan: first, high-ranking state officials opened the event, then the donor thanked its government partners for the opportunity to speak to this esteemed audience. Then, the floor would be given to the people who had actually been working on program, while the bureaucrats who had opened the event would sneak out. As a rule, these meetings would often spark disputes or heated conversations between state officials, NGOs, and experts from local or international research organizations. This one was no exception: toward the end of the tiring day of reporting and planning, a lively discussion took place – this time between the invited experts and the employees of the organization reporting on program implementation.

The dispute was over the concept of the “abandoned wife.” An employee of the International Organization for Migration (IOM), which was one of the three implementing agencies, had made a presentation about the organization’s work. Initially in passing, she had noted the growing problem of abandoned wives in Tajikistan and everyone’s responsibility to provide services to these women. When she said “abandoned wife,” she meant a woman who had been left to fend for herself and often children, after being “abandoned” by her husband, who had left for work in Russia and cut off ties to her. In some cases, men decided to leave their families for better financial prospects or women in Russia; in others, they simply decided that they no longer wanted to support their families financially. The husband could also be imprisoned or could have simply disappeared during migration.