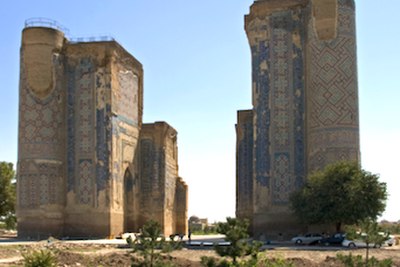 New post up at The CESS Blog by James Pickett of the University of Pittsburgh:

In Kunduz (now northern Afghanistan) the Friday sermon was read in the name of the ruling dynasty of Bukhara rather than the local Qataghan dynasts, at least during the 1850s. The Friday sermon (khuṭba) has been an Islamic symbol of sovereignty for over a thousand years. However, Bukharan troops had never set foot in Kunduz, nor had they extracted resources from that territory (at least during the reign of the Manghits, 1747-1920). 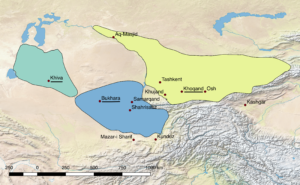 Meanwhile, in the same broad timeframe, the Qataghan rulers of Kunduz had conquered and vassalized the Yarid dynasty of mountainous Badakhshan, the ruler of which went by the lofty title “Padishah” (emperor).

By transitive property, would that make the Padishah of Badakhsan a Bukharan subject in the 1850s? And what sorts of distinctions between political symbolism, informal influence, and administrative coercion are occluded by thinking in terms of “state borders”? If we needed to represent such distinctions by shading in a map, which color would the mountains now split between Tajikistan and Afghanistan be colored?

visit the blog to read more