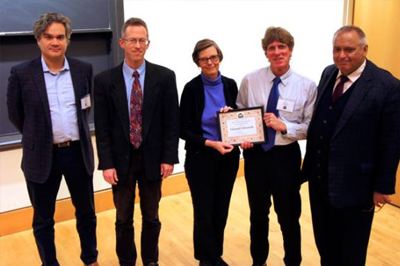 The winners of the 2017 awards were announced on October 6, 2017 at the CESS 2017 Annual Conference at the University of Washington.

Book Award (History/Humanities) – Joo-Yup Lee for the book Qazaqlïq, or Ambitious Brigandage, and the Formation of the Qazaqs: State and Identity in Post-Mongol Central Eurasia

Public Outreach Award – The Music of Central Asia. An honorable mention went to the film Letters from the Pamirs